A while back I did a similar thing for Cubase, but now that I'm using Waveform with Whole-Play, I had to figure out the way to do it in Waveform. Here's my findings:

First thing is to add Kontakt to Waveform, as a multi-output plugin:

This is similar to what I wrote in the Cubase post. The idea is to create the outputs that we need within Kontakt and send each instrument in the rack to the right output. Let's be fancy and set up 2 mono instruments (guitar and bass) and a stereo instrument (drum-kit).

I think there is a way to do this automatically, but couldn't get it to work. Anyway, here's the manual way, which is good to understand anyway. All what follows happens in Waveform: 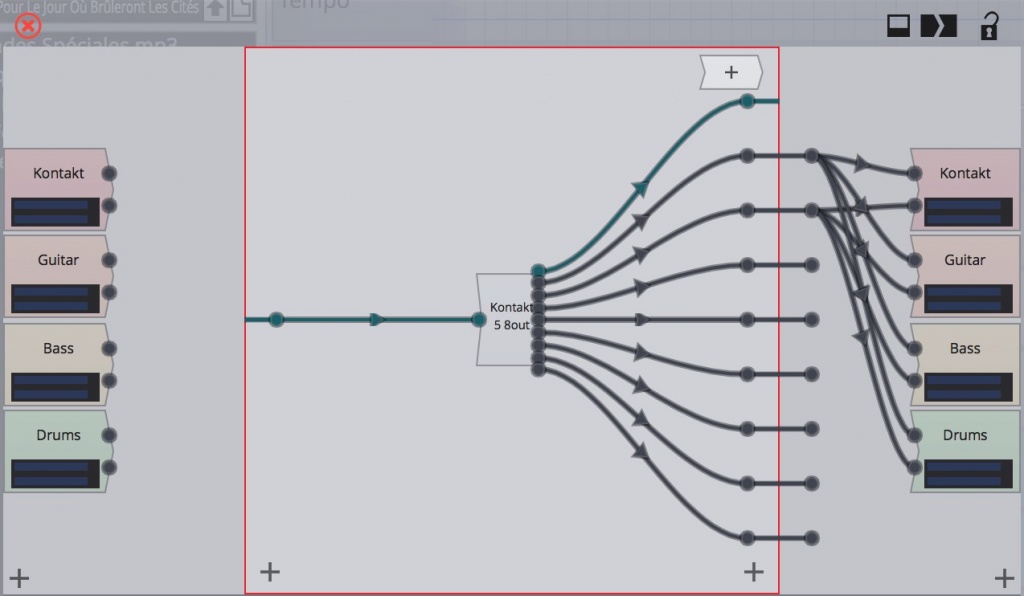 Note that nothing goes into the "Kontakt" track. That's ok, I just wanted this track as a placeholder for the Kontakt plugin. You could use this track if you wanted, i.e. make it the Guitar track, thus saving one track. But I quite like having it like this, seems more organized.

Done! Now each instrument in Kontakt is sending its output to a separate output channel (mono or stereo), and we've routed each one of these output channels to individual tracks in Waveform by using a plugin rack wrapper.

One last bit: to trigger the different instruments, send MIDI via different MIDI channels (1-16) and select the appropriate input channel for each instrument in Kontakt (in its header).

End of page. Back to page navigation.